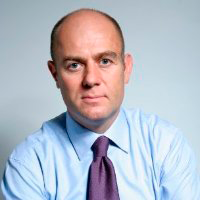 Ex Investment Banker and now Co-Founder and CEO of Fashion Capital Partners that invests in Fashion & Luxury Tech startups. Very active Business Angel, Mentor & Board member in several early stage Internet startups (Luxury, Fashion & e-commerce) in France since 2007 : - Invested in more than 20 French Internet startups and become Board Member at most of them. Some have been very fast growing like AttractiveWorld, NowFashion, InstantLuxe - Mentor at startup Accelerator Le Camping (part of Silicon Sentier) since 2011 (www.lecamping.org) - Founding Partner at startup Incubator/Accelerator 50 Partners since July 2011 (www.50partners.fr) As an Investment Banker (1999 & 2007) : - Partner and Equity Team Manager at Exane that was sold to BNP Paribas in 2004 to later be named Exane BNP Paribas - Launched French Brokerage office for Sal Oppenheim in Paris Specialties: Investing, Private Equity, Startups & Languages (English, Italian, French and Spanish)

Francesco Maio doesn't have any images in his gallery.