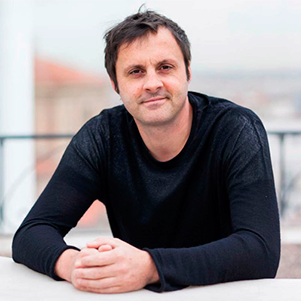 Thierry Petit is a Co-Founder and Co-Chief Executive Officer at Showroomprive.com. Thierry is an Internet entrepreneur, he has nearly 20 years experience in creating start-ups. Thierry has created the first price comparison site in France (toobo.com) sold to Liberty Surf in July 2000. Thierry created Showroomprive.com in 2006 in partnership with David Dayan, a recognized French specialist in stock clearance. Thierry managed to quickly establish the site as a major player in French e-commerce. Showroomprive.com organizes for its members exclusive sales events on designer brands (ready-to-wear, cosmetics, decoration, travel, ...), with significant reductions (70% on average). In August 2010, Thierry raised a capital of 50 million dollars through US investment funds from Accel Partners (historical investor in Facebook, Groupon, Etsy, ...). This capitalraising gives him the means to: · Expand internationally and launch the site in Spain, Italy, UK, Netherlands, Portugal, Poland, and Belgium. · Develop its mobile strategy on all devices (today the mobile represents 50% of sales and 60% of traffic). Today Showroomprive.com is a team of 500 employees, a community of 20 million members in Europe, a turnover of 480 million euros in 2014 (38% growth vs. 2013). Thierry is the Vice-President of Digital France. Thierry is an Investor in several Internet companies and participates as a Business Angel in their development: Avisdemaman, TagCommander, Alittlemarket, Vinted, Soubis, Candlemarket, doyoubuzz, Platypus, Redvisitor, ChicType, Carnetdemode, Youmiam, CandyShop.

Thierry Petit doesn't have any images in his gallery.