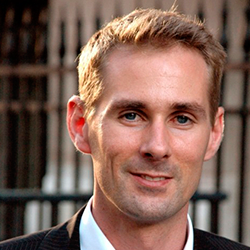 Graduated from ESTP and HEC Being an entrepreneur since the beginning of his career, Thierry was the founding manager of Wcube, a digital marketing agency that he sold in 2007 to Publicis. Following the merger he became managing director of Publcis Modem in Asia (Singapore and Shanghai). He is also an active and recognised business angel (Drivy, Atelier Cologne, Videdressing, Ad4screen, PlayTMN,...). Thierry joined the ISAI team in june 2015 to work with Jean-David and Christophe on the ISAI Venture Fund II.

Thierry Vandewalle doesn't have any images in his gallery.