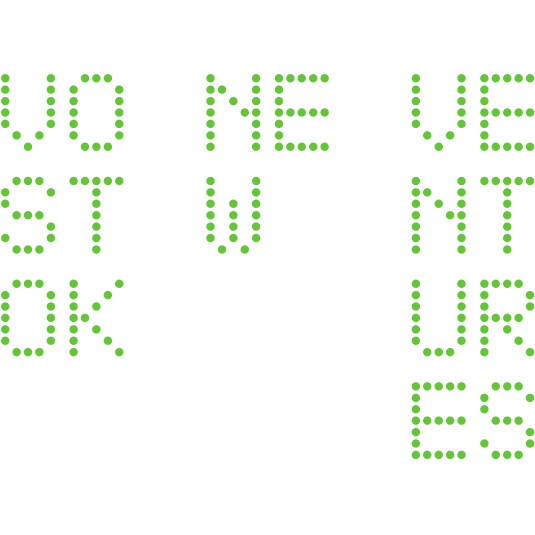 Investment company with a focus on companies with network effects

Vostok New Ventures Ltd (Vostok New Ventures) is an investment company with the business concept of using experience, expertise and a widespread network to identify and invest in assets with considerable potential for value appreciation, with a focus on companies with network effects. The Swedish Depository Receipts of Vostok New Ventures (SDB) are listed on the NASDAQ Stockholm Exchange, Mid Cap segment, with the ticker VNV SDB. Vostok New Ventures was founded in 2007 in connection with the restructuring of “Old Vostok Nafta”. Even though Vostok New Ventures was formed as recently as 2007, we have a history dating back to 1996 when Adolf H. Lundin founded “Old Vostok Nafta” with the business idea of implementing portfolio investments and direct investments in the former Soviet Union. The investments were initially conducted in the oil, gas and mining industries, but is today focused on Internet and consumer focused sectors in Russia and other markets. The sector mandate is broad and the proposition is to create shareholder value by investing in assets that are associated with risks which Vostok New Ventures is well-equipped to manage. Such typical risks include corporate governance risks, liquidity risks and operational risks. During the past years, Vostok New Ventures has gained experience and built an extensive network in order to handle the risks associated with investments in emerging markets. 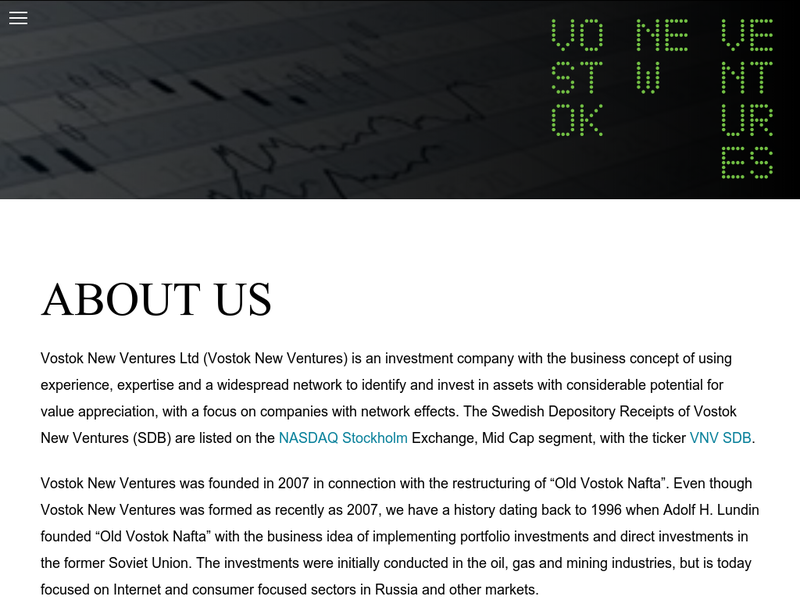 Investment company with a focus on companies with network effects