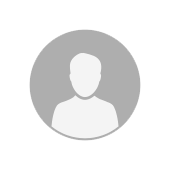 I was born and raised in Switzerland but come from a Chinese background. When I was young, I wanted to become a biologist but it turned out that I didn't like studying. So I wanted to become a game developer. For that, of course, you need some IT background. During my apprenticeship, I learned a lot of things, with the focus on programming I rather began more inspired by web development and successfully developed a mobile app with a friend which was supposed to be social media on maps for travel, review, and navigation. Since then I actually liked to get involved in ideas and inspiration for doing a startup, luckily I later got involved and working since then on Foldercrate while doing another full-time job. In the end, I decided to dedicate my life to Foldercrate full-time and am now here. Languages I speak: German, Swiss German, English, Cantonese (basics only) Hobbies: - Skiing since I was able to walk. It's a traditional and beautiful sport in Switzerland. No matter how unathletic I am, this will always be like walking to me. - Reading, no matter if Mangas, Comics or books with over thousands of pages, I love reading, it strengthens my creativity, imagination and expands my mind. When I was a kid I read the lord of the rings trilogy seven times. - Martial Arts/Fighting. I was never a fan of sports or moving. One day I discovered my inspiration from fighting. It changed me a little bit and gave me more self-confidence, it's not just good for your body but mostly for your mind. I did two years of MMA and am now in Krav Maga since a year. - Author/Story writing. I love fantasies and landscapes. I am well-known to write a lot, give me one word, sign, video or picture and I write you a whole book about it. I like to create stories and write them down, I even have a collection of little mini stories from artworks. - Geek stuff. Obviously, you can't be an IT guy without any nerdy or geeky things so do I have an interest in gaming, watching series and movies.

Andy Zhang doesn't have any images in his gallery.