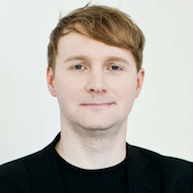 Lukasz is an Internet entrepreneur and investor. His track record includes: Co-founder and CEO at spreadshirt.com; Co-founder and Partner at Team Europe (company builder); Co-founder and Advisor at Point Nine Capital (early stage VC). Founding investor or company builder at studiVZ, misterspex.com, brands4friends.com, SponsorPay, DeliveryHero, Hitfox Group, Kaeuferportal and others. Lukasz is chairman with most of the aforementioned companies. Further, he is Co-founder and was founding editor (‘blogger’) at gruenderszene.de, today one of Europe’s largest magazines on entrepreneurship. He studied Business Informatics in Paderborn, and Business in Mannheim and at the HHL Leipzig – including a stint as visiting student at Georgia Tech, Atlanta. Other than business his interests include literature, art, technology (frequent guest at singularity U; “Dialoger”), travel & celebrations, kids.

Lukasz Gadowski doesn't have any images in his gallery.