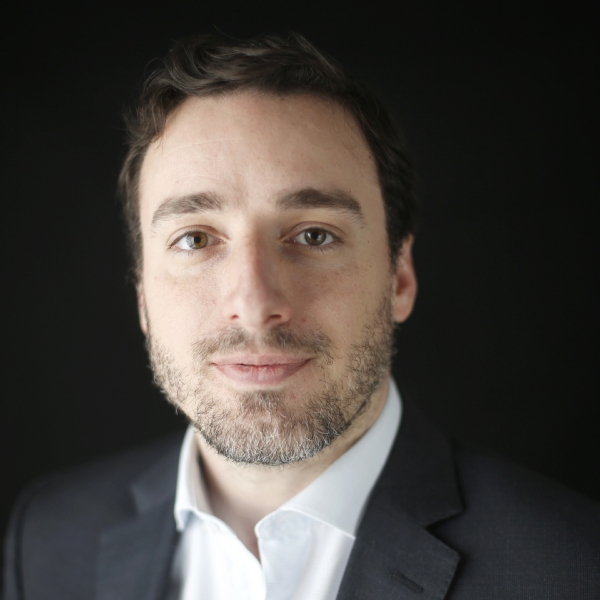 Matías is Head of Strategy at Studio Banana, a Multidisciplinary Creative Platform offering services in the fields of Innovation, Creativity, Communication, Design and Education to different types of organisations. The Studio’s work has been featured for its innovative approach to creativity in media such as CNN, CNBC, abc, Financial Times, Bloomberg, Huffington Post, Daily Mail, TechCrunch or Mashable; and published, awarded, lectured about and exhibited internationally in hotspots such as MoMA New York, Stanford University, Skolkovo School of Management Moscow, Guggenheim Bilbao, Tokyo Designers Week. Since 2005, Matías has developed a rich repertoire of entrepreneurial projects in the fields of Communication and Innovation. Among them, stands out Sharenjoy, an awarded Insurtech start-up that relies on the advantages of Sharing Economy to transform insurances into a must-have product for millennials. As its Cofounder and COO, he holds the strategic and operational responsibility to prepare the company for its launch to the European Market in mid 2017. Matías has also worked at Thinking Heads, the first strategic consultancy firm to have developed a global view of the Market of Ideas and create influence platforms so that individuals and organizations can get the most out of that market. For more than ten years, Matías has developed and structured Thinking Heads clients’ ideas, values, projects and content, boosting the influence and impact that they have on society. Among others, during this period he has led projects for international leading institutions like Banco Santander, BBVA, McKinsey, Seguros Caser, Everis, PwC, BBVA Seguros, Deloitte, or Mapfre. Lecturer and trainer, he regularly participates in the design, organization and facilitation of Strategy & Innovation Workshops for academic institutions and corporations such as Instituto de Empresa, Universidad Complutense de Madrid, Universidad Europea, Qatar Foundation, or EBU (European Broadcasting Union of public service media). Matías holds a Bachelor of Arts (BA) in Journalism by Universidad Complutense de Madrid and a Global Management Programme (GMP) by ESCP Europe Business School.

Matías Rodríguez doesn't have any images in his gallery.