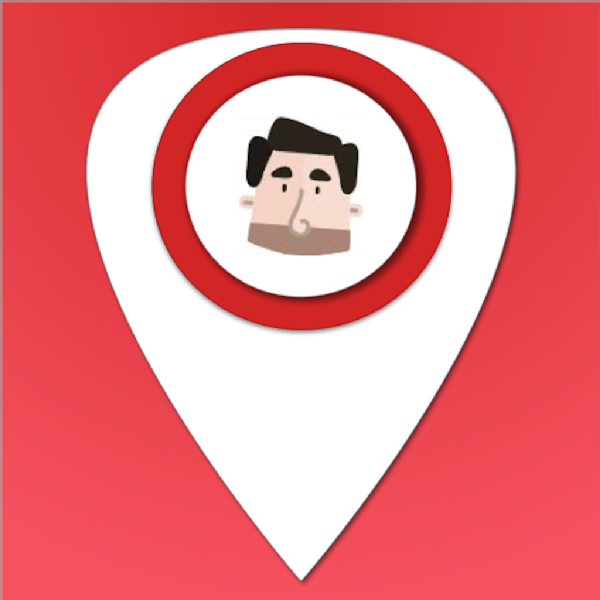 Quibus is a search engine app that connects users with merchants to offer local services at the best price. It gives users the freedom to decide what a "deal" is according to their own definition (price, merchant reviews, or distance). In addition to improving the traditional coupon market, Quibus wants to do for services what UBER does for car rides and AIRBNB does for houses. When searching for goods or services, what do we normally do? We Google, read reviews, talk to friends, go on Facebook, etc. We then have to call the shortlist of merchants we’ve narrowed down! Quibus has consolidated this drawn-out process into one easy step. Quibus has 3 core features: 1. Live Deals 2. Last Minute Deals 3. Booking System and Analytics LIVE DEALS Users specify what they need, when they need it, and how far they’re willing to travel. Local merchants are then notified of the request. After checking their calendar, merchants will offer an appointment time and price. Merchants can offer deals automatically by adding empty appointment slots, or send them manually. For instance, if a user needs a haircut on Wednesday evening, a merchant may send them an offer like this: 6pm haircut for $40 instead of $60. From these offers, a user will decide which deal is the best according to their own definition. Maybe it’s the cheapest, the most convenient, or the merchant with the best reviews. As soon as the user accepts an offer, the appointment is confirmed and the merchant is notified of the booking. After the service is redeemed, the user leaves a review about the merchant, and the merchant leaves a review about the user. If merchants have favorable reviews, it’s likely they’ll attract more users. If users have favorable reviews, it’s likely they’ll attract better offers. More business for merchants, better offers for users. Everyone wins. LAST MINUTES Sometimes merchants are slammed, sometimes they're not busy at all. Sometimes clients show, sometimes they don't. Because Instadeal wants merchants to thrive, we try to fill in those gaps. If merchants have a cancellation or an unbooked appointment slot, they can list the availability on Quibus at a discounted price - to encourage users to take advantage of the deal! This allows merchants to fill those unbooked appointment slots. For example, if a spa has an opening at 4pm on Thursday, they can offer the appointment slot at a discounted rate and we’ll notify local users of the availability. If a user wants the deal, they'll book and pay for the service directly through the app. The merchant will then be notified of the confirmed appointment. BOOKING SYSTEM/PERSONAL ASSISTANT (Analytics) Quibus isn't limited to just Live Deals and Last Minute Deals. For merchants, the app acts as a personal assistant! When merchants update their weekly schedule and set rates for certain services, Quibus will promote that availability to help them fill the open time slots. Merchants continue to do what they do best, while we do what we do best! Once a user fulfills a service with a particular merchant, they'll be notified any time that merchant posts a new offer. Not only can Quibus be a merchant’s personal assistant, but can also act as a business strategist. We collect and analyze every deal offered, every deal purchased, every review written. This data allows us to help merchants customize offers based on user demand. If a merchant doesn’t win a deal, Instadeal will use that data to explain why, and help the business adjust their positioning for future deals. For example, if a business offers house cleaning at $55 an hour, but the average rate is $40, Quibus will inform them so they can compete with others and have a better chance of landing new clients. In other words, Quibus helps businesses grow and strengthen their brand. We have just released our two iOS apps (one for users and one for businesses). 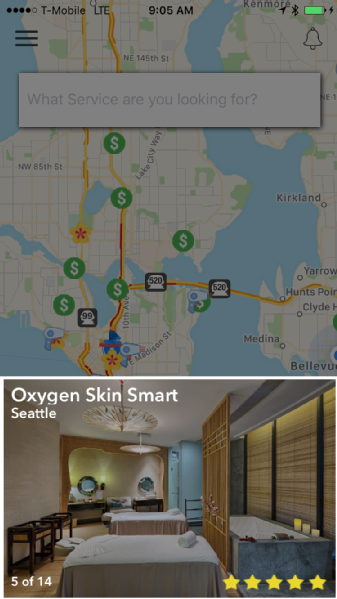 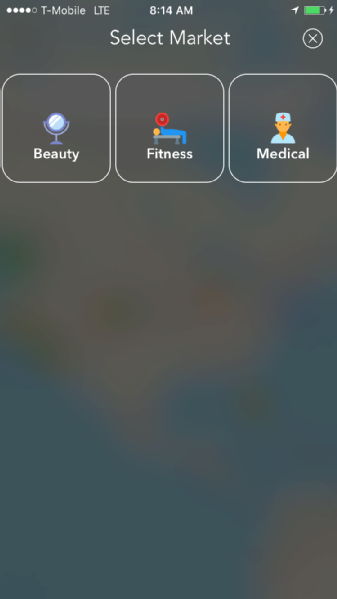 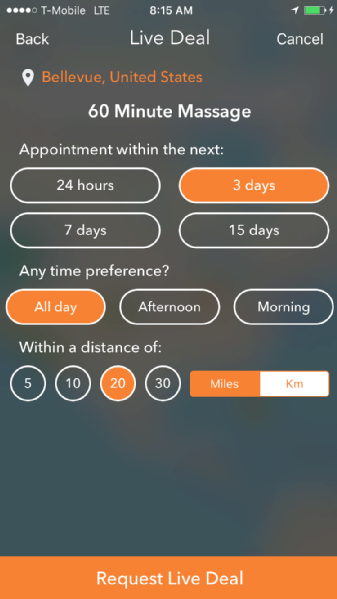 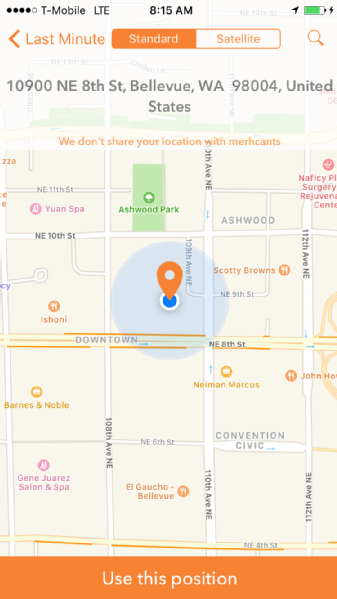 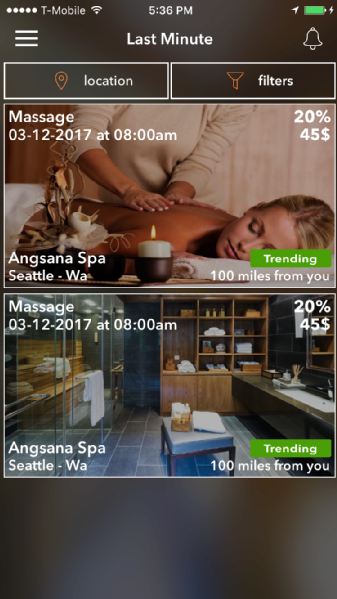 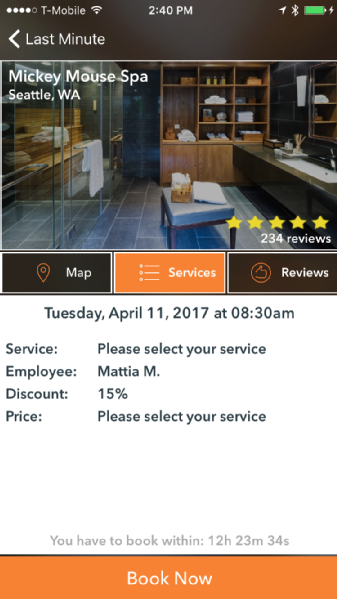 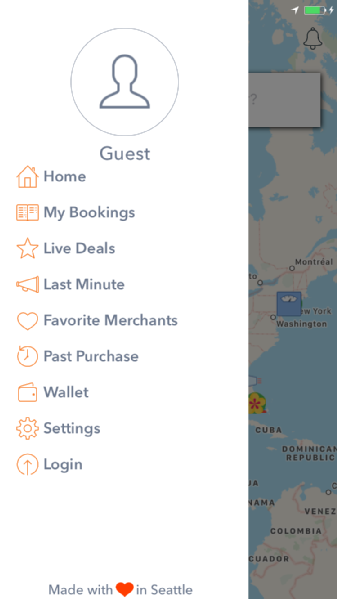 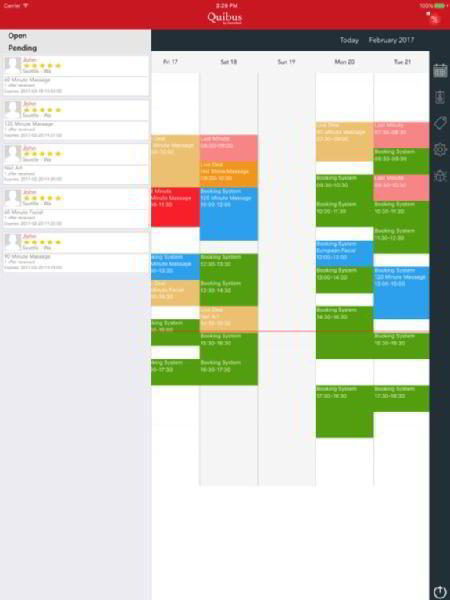 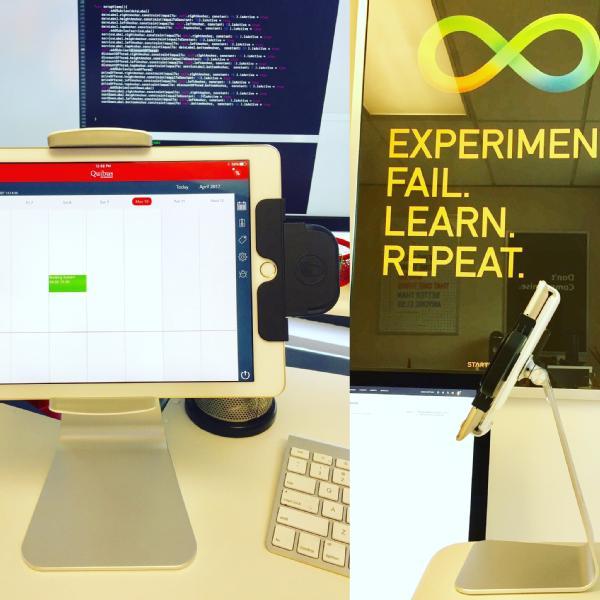 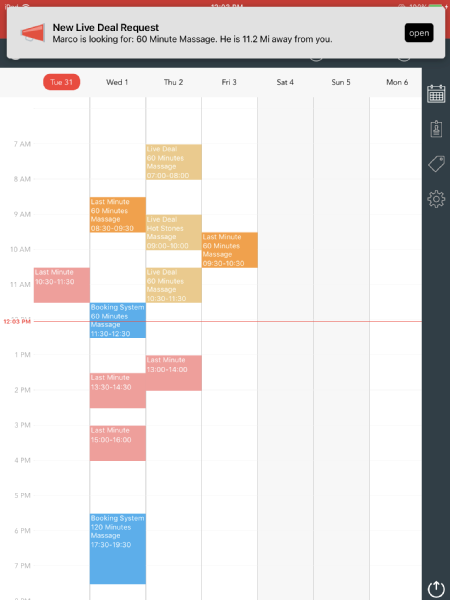 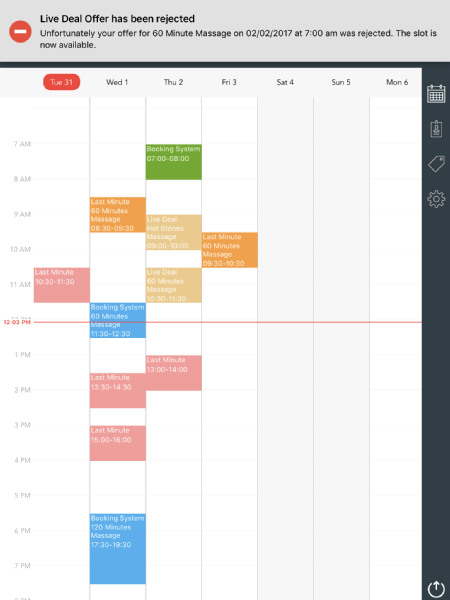 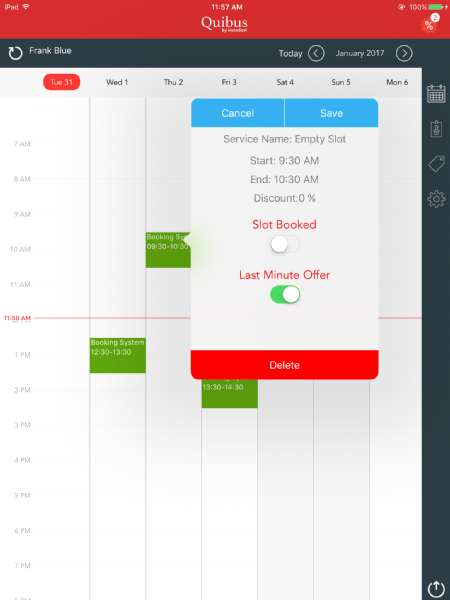 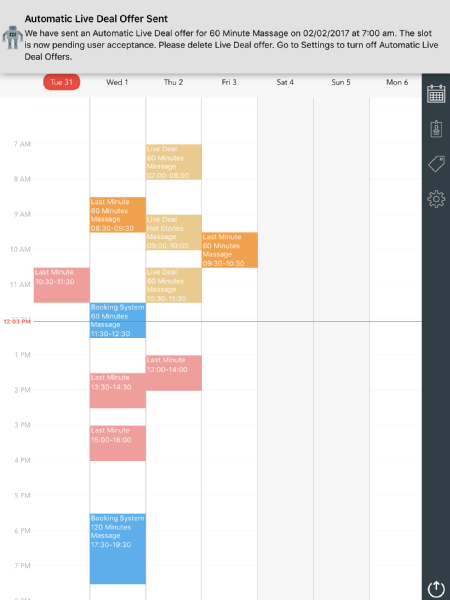 Finally, Quibus Makes Deals Easy And Great For Everyone