As an Internet entrepreneur and investor, Fabrice has successfully transposed, adapted and invested in business ideas between the U.S., Europe, Asia and Latin America. In March of 2006, Fabrice co-founded OLX, Inc. with business partner Alec Oxenford, in the hopes of building the largest free local classified site in the world. Until December 2012, as co-CEO, Fabrice drove the company’s business development, investor relations, M&A and product development efforts. OLX now has over 300 employees and is present in over 90 countries and 50 languages with over 150 million unique visitors per month. Fabrice is also a prolific angel investor with over 100 active investments in various companies including Viajanet, Peopleperhour, Brightroll, and many others. Prior to OLX, Fabrice was the founder and CEO of Zingy Inc., which he built into one of the largest wireless media companies in the Americas while successfully closing deals with some of the top wireless providers in the world. Within four years, Fabrice successfully grew the business to $200 million in content sales before selling the business in 2004 for $80 million. In 1998, Fabrice co-founded and was CEO of Aucland S.A., one of the top three auction sites in Europe. Before that Fabrice worked as a business consultant for McKinsey & Company. Fabrice graduated Summa Cum Laude from Princeton University in 1996 and was awarded the Halbert White prize, given to the most distinguished economics student, as well as The Wolfe Balleisen memorial prize, awarded for best thesis. 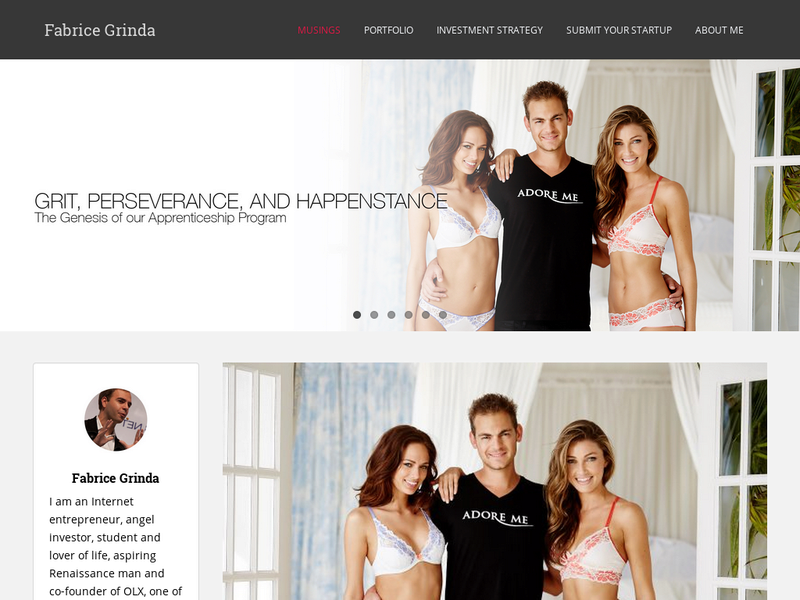