🇪🇸 In our blog in Spanish:
You are at Blog > Interviews > Meet Typeform, the startup that is shaking up the way we answer…

Meet Typeform, the startup that is shaking up the way we answer questions

Yesterday I woke up and I wanted to fill a form so bad. I was really looking forward filling forms, there wasn’t anything I wanted to do more than this. I went to the customer satisfaction department of a company, and I asked for 20 or 30 forms to fill. I had the day of my life…

Well, ok, maybe I was exaggerating a little bit. Actually, filling forms is not one of the funniest things you can do during your spare time. To be honest no, I don’t like filling forms.

Filling forms is like going to dentist: you try your best to avoid it, but when it comes to you, you can’t escape.

Typeform sxplr.com/typeform knew that, and they thought… Would people start enjoying going to the dentist if dentists were nice, funny and you could customize them? Probably no. But it could work with forms…

And that’s what they did. Robert Munoz and David Okuniev developed in April of 2013 a new way to create forms, based on offering a good User Experience, and increasing engagement. They also developed Typeforms thinking of mobile users, and they heavily focused on responsiveness. 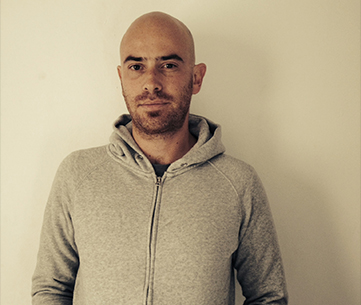 We talked with Typeform’s CEO, David Okuniev, on Twitter a few days ago, and that is what he told us:

That’s a great example of how innovative startups can take such a boring and old-fashioned thing, such as a form-filling, and turn it into a creative and funny experience, and and making a business model out of it (Typeform raised € 550 K seed round last year).

If you want to keep track of what’s happening with Typeform and other promising startups, become a Startupxplorer

Get found. Get funded.

Marketing at Startupxplore. Curious, active, cheerful, and challenges lover. Always in a hurry.

Beyond Madrid and Barcelona: the other Spanish startup hubs
Capturing moments: the next step in photography
Summer in Spain: Paella, sangria, beach and… startups!
Q&A with Rodrigo Martínez: Point Nine Capital, angel-VCs and Berlin's ecosystem