🇪🇸 In our blog in Spanish:
You are at Blog > Analysis > Software patents in Europe: how do they affect startups?

Software patents in Europe: how do they affect startups?

For a long time, software patents were the talk of the town. Especially in the US, many tech corporations and patent trolls used software patents to defend their businesses. Or even worse, in some cases to attack other people’s businesses without having much to offer besides a patent.

There’s a reason why this has been happening mainly in the US and not in Europe: software patents *per se* do not exist in Europe. They only exist under certain circumstances that we will explain later in this article.

Many entrepreneurs and investors from overseas have vividly complained over the years about the current patent situation in the US. To no avail. Software patents continue to be enforced by shadow companies in an effort to make money out of nothing. Something that could also impact European startups launching in the US.

As this excellent article from The Next Web points out, the UK and most European countries are part of the European Patent Convention. A convention that sets the framework for the patent industry in the old continent and that specifically excludes “computer programs as such” from being patentable.

What this means is that the vast majority of software developed in Europe is not patentable. There are, however, a few exceptions. When a computer program solves a business problem using a computer, it’s not patentable. If that same invention solves a technical problem it can indeed be patentable.

As Wikipedia’s article on European software patents notes, “the fact that an invention is useful in business does not mean it is not patentable if it also solves a technical problem”.

Nuances and differences between countries aside, the reality is that the vast majority of software produced in Europe can’t be patented. Which, considering the situation in the US, is good news for most startups and tech companies in the EU.

It’s also worth noting that the fact that software patents are not common in the UE doesn’t mean that local companies don’t patent their inventions. As highlighted on a infographic from James Sherwin, Partner at law firm SOR Solicitors, 66,712 patents were granted in Europe in 2013. 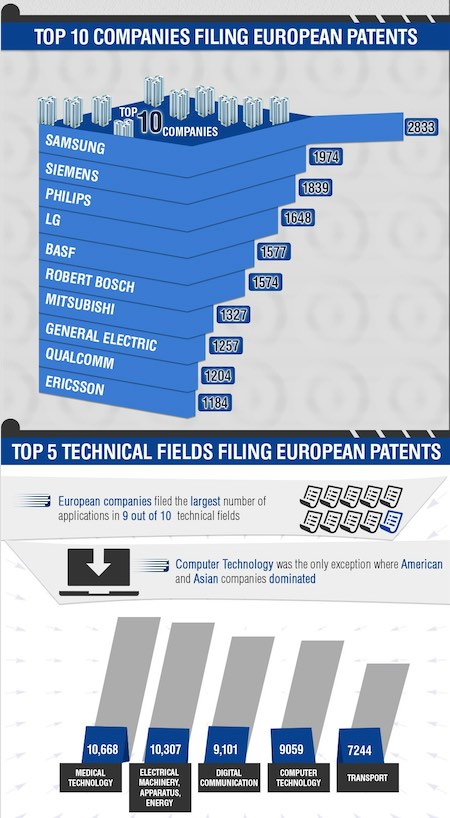 Amongst the most active companies in the space we found giants such as Samsung, Siemens, Philips or LG, who have patented many inventions in the fields of medical technology, electrical machinery or digital communication.

What happens when European startups move to the US? 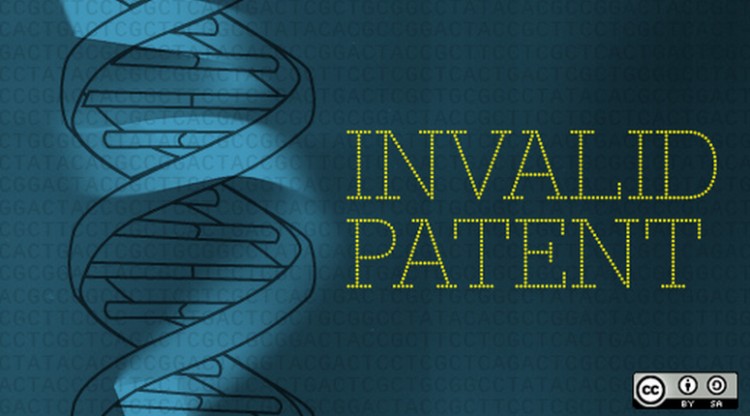 The fact that software can’t be patented in Europe does not mean that when European startups move to the US they can’t be sued by American companies who have the right patents and the money and lawyers to go through the whole process.

It’s also true that there haven’t been many cases of local startups that have been sued by American competitors (or patent trolls) in an effort to difficult their expansion plans, but it could be done, and this causes some startups to think twice about opening shop overseas.

As highlighted in the ‘Startups and Patent Trolls’ paper from Colleen V. Chien (Santa Clara University – School of law), software patents can make it harder to innovate and they can scare European startups away from the US.

“We have limited ourselves to the UK & European markets, simply because the mere threat of Patent Litigation if we enter the US market, is a WHEN not IF question.” Another said “I used to develop software for retail and on spec for publishing by other companies. But we’ve quit that because the risk of patent litigation.”

Software patent discussions peaked in 2011 in the US, but they haven’t disappear since and, if placed on the wrong hands, could still put some European startups in danger once they enter the US market.

12+1 tips to get the most out of Startupxplore as a startup
The tool for startup investors by startup investors: a how-to
Got time in your hands? 6 must-read books for founders and CEOs
A Layperson’s Guide to Investing in a Start-Up