🇪🇸 In our blog in Spanish:
You are at Blog > Interviews > “The main problem in Spain is the lack of ‘smart’ money” Isidro…

“The main problem in Spain is the lack of ‘smart’ money” Isidro Laso, European Commission

Isidro Laso is at the forefront of these activities, as the head of Sector at the Directorate General CONNECT. To find out more about what the EC is doing to help local ecosystems and how they plan to eliminate the challenges startups and investors face, we sat down with Isidro and this is the result of our conversation.

For those who don’t know you: who is Isidro Laso and what’s your role at Startup Europe and the European Commission?

I am a ‘Burgales’ working at the European Commission, now for 13 years. The last three years I have been leading the activities of the European Commission in the area of tech startups as head of Sector at the Directorate General CONNECT. I support the Commissioner and other managers in everything related to the ecosystem of entrepreneurs. Startup Europe is the name of the initiative of the Commission to help startups to start and grow in Europe.

The EC wants to help solve some of the problems the European ecosystem faces. But, what are these main problems or challenges according to the EC? What needs to be solved?

The problems have been evolving over the past three years. At the beginning there were only a few local hubs in Europe and the main issues were at the ‘seed’ stage. Later, the main problem was in scaling and growing companies.

Currently almost all big cities in Europe have a vibrant ecosystem of tech entrepreneurs and we also have a good list of unicorns in Europe. Although there are still challenges in the ‘seed’ and ‘scale up’ stages, the big challenge right now is in selling startups to bigger companies and corporates. We need more exits in Europe. The entrepreneur who sells his company usually becomes an investor with ‘smart’ money, and they can provide not only capital, but also mentoring and good connections.

What measures does the EC and Startup Europe propose to solve these challenges?

At the ‘seed’ stage we provide support to accelerators and other actors in the ecosystem, such as coworking spaces and crowdfunding platforms. At the growth and scale up stages we are creating clusters of local hubs: clusters that connect the members of 3-4 local ecosystems from different countries.

In these expansion stages we have also created the Startup Europe Partnership bringing corporates and universities together with startups and we are working closely with the European Investment Fund in these expansion stages. In terms of exits, we are supporting the initiatives of several countries to offer avenues for an easy exit: initiatives such as Markt 2.0 from Germany or ELITE from the London Stock Exchange.

Outside of Europe people tend to think about the continent as one single market. However, when you’re in it you realize how different each country is from each other, difficulting expansion plans and other aspects related to technology companies. Can this be solved?

The lack of a real digital single market is certainly a main barrier at the growth stage. The Commission is very much aware of this.

As such, the president-elect Mr Juncker has named one of the vice presidencies as “Digital Single Market” and there will be several Commissioners working with the new vice-president. This clear signal from the new Commission should be translated into bold initiatives in the near future. 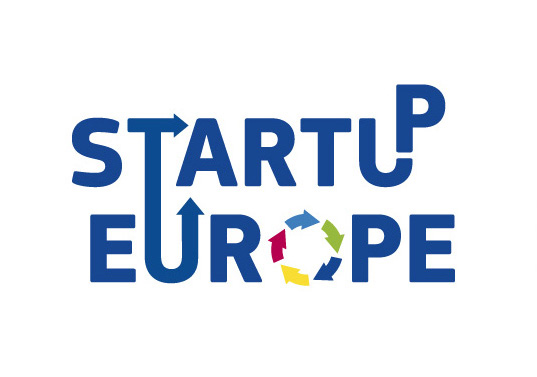 In a recent interview, Aquilino Peña told me that he wishes big Spanish corporations would understand the value of buying and integrating startups and would make more purchases. Is this a general European problem?

Yes, this is a general European problem and that’s why we launched the new Startup Europe Partnership one year ago.

Its objectives are to bring together corporates and startups with the aim of encouraging investment and procurement from startups. There are many corporates who are joining the partnership, including BBVA and Telefonica in Spain. We should be able to see the impact in a few months from now. The first step is a change in mentality in the corporate and startups worlds. There is a win-win opportunity in this collaboration, something that is already happening in the USA.

The EC and Startup Europe has talked a lot about building bridges between startups, corporations and public institutions. How can this be done?

The clusters of local hubs and the Startup Europe Partnership will certainly contribute to bringing together these three worlds. In addition, the Commission is providing clear signals to the Member States about the importance of taking startups seriously.

The most important challenge is that most civil servants are aware of the needs of startups. We need all Member States to have a bulk of civil servants talking directly to startups, which implies a shift in mentality. But entrepreneurs also need to know that they have to provide inputs to the civil servants, and all of this requires time.

Entrepreneurs will only spend time doing it if they see that the civil servants listen to them. Hence, this is again a cultural issue that will require some time. The top level managers of the public administrations need to show leadership in creating communication channels with the local ecosystems.

The Spanish startup ecosystem has evolved significantly over the past few years. What’s your opinion about it? What are the main challenges and opportunities for Spanish technology companies?

Indeed, there are many flourishing local ecosystems in Spain: from Madrid to Barcelona to Salamanca to Cartagena. Almost all big cities in Spain.

I would consider these ecosystems as vibrant ecosystems, in particular at the seed stage. The main problem is lack of ‘smart’ money. There’s money, but there’s not a lot of ‘smart’ money. Spanish startups need money but also mentoring and good connections and all of this can only be provided by ‘smart’ investors, including well connected accelerators, business angels, venture capitalists and corporates with the right skills and previous experience. In other local hubs this ‘smart’ money is provided by serial entrepreneurs who have sold their startups and have become the cornerstone of their local ecosystems. We need more exists in Spain as well.