🇪🇸 In our blog in Spanish:
You are at Blog > Analysis > The Spanish startup ecosystem continues to grow: €102 million…

The investment landscape in Spain continues to improve. As previously explained, the number of investments and exits increased significantly in the first half of 2014; and the activity in Q3 confirmed that things in Spain are slowly but steadily improving.

The best quarter for Spanish startups since 2013 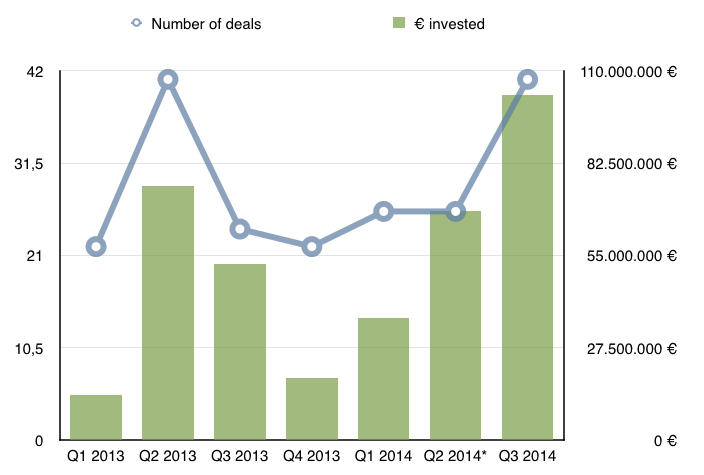 From July to September there were 41 rounds of financing in Spain, the highest number since Q2 in 2013. These 41 deals combined for €102 million, another record for the country that represents a 50% increase compared to the previous quarter and +96% compared to the same period in 2013.

July was the best month of the summer, accounting for 64% of all quarterly investments, thanks in part to big rounds raised by mobile gaming startup Socialpoint (€23.1 million from various investors), La Nevera Roja (€6 million) and Scytl (€15 million from SAP Ventures). In regards to Scytl it should be noted that the Barcelona-based company has raised €62 million since April, a true mega round and the biggest from a Spanish startup since Softonic.

The majority of the deals were once again seed rounds. Outside of that there were 4 rounds of more than €10 million, 6 higher than €6 million and 16 of more than €1 million. All numbers represent increases compared to the previous quarter.

Given the level of activity in Spain from July to September it’s interesting to highlight some of the deals that were closed. Some because of its size and others because they mostly included foreign investors who are paying more and more attention to the Spanish ecosystem.

Q3 2014 and the Spanish startup ecosystem: most active investors and exits 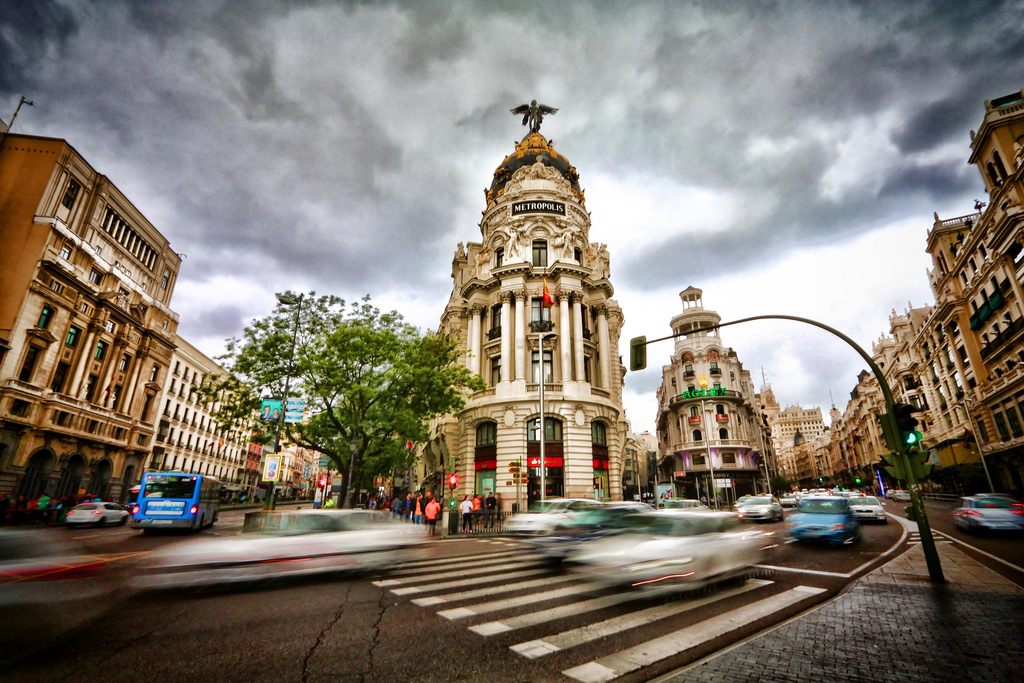 In terms of exits there were only three. Icebergs was acquired by Pinterest for an undisclosed figure, vLex bought Argentinian startup Quolaw and Anafocus was bought by British company E2V Technologies for €32.4 million.

"There are enough angel and series A/B investors in Spain" Javier Burón, SocialBro
"Spain will never be Silicon Valley or Tel Aviv, and it's not a problem" Iñaki Arrola
How does a Venture Capital firm work?
Software patents in Europe: how do they affect startups?